SLOANE TAYLOR IS BACK! CHECK OUT THE NAUGHTY LADIES OF NICE!

Bon Appétit...Satisfy all your cravings at cooking school.
Determined to prove herself and shed her party girl image, Donatienne Dubois pins her hope on the exclusive cooking school in Nice, France. One by one her expectations are shattered by a foul-mouthed parrot, a bogus Michelin chef, and a headmistress with a heart of tungsten steel. Donni’s lifesaver is a bad boy too hot not to handle.
Mark Anderson is incognito and hating every moment. To pose as a student while keeping tabs on a rich wild child is his version of hell, until he partners with the dish of Crème Brulée good enough to eat.
Class takes on a whole new meaning as Doni and Mark heat up the kitchen when they discover honey has better uses than sweetening tea.
Amazon - BN - Smashwords - All Romance

Fantasy blooms in a garden of wicked delight.

Science is Paul’s life. Close to a major breakthrough, all he wants is to be left alone with his trees and not be forced to entertain a corporate suit. That is until the suit arrives in a sexy sundress. Now all Paul thinks about is experimenting on her.
Lisette is less than thrilled to spend a month at a moldering chateau on the French Riviera with some dried up old scientist for company. However the hot man in dirty jeans tending his scraggly trees proves more of a garden fantasy than the nerd in a lab coat.
Sex and science create a volatile formula resulting in total delight.
Amazon - BN - Smashwords - All Romance

Spies and lies bring a deadly twist to the City of Lights.
Interpol agent Claudette D’Laquois is trapped in the hellhole of life and unable to trust anyone. Desperate to regain control, she flees to the safety of her uncle’s rundown chateau on the French Riviera. But Claudette soon learns the countryside has its own dangers when she finds herself alone with a sexy foreigner.
Uptight accountant Donald Hobbs ditches numbers for dirt to oversee his friend’s orchard for three weeks. His well deserved vacation is perfect until a seductive mademoiselle drags him into a dangerous world of intrigue and erotic fantasy.
Illegal drugs and Russian mobsters take a back seat to a lethal night of sinful pleasure for Claudette and Don.
Amazon - BN - Smashwords - All Romance

Award-Winning author Sloane Taylor is a sensual woman who believes humor and sex are healthy aspects of our everyday lives and carries that philosophy into her books. She writes romances that takes you right into the bedroom. Being a true romantic, all her stories have a happy ever after.
Her books are set in Europe where the men are all male and the North American women they encounter are both feminine and strong. They also bring more than lust to their men's lives.
Taylor was born and raised on the Southside of Chicago. Studly, her mate for life, and Taylor now live in a small home in Indiana and enjoy the change from city life. She is an avid cook and posts new recipes on her blog http://sloanetaylor.blogspot.com/ every Wednesday. The recipes are user friendly, meaning easy. Taylor currently has five romance books released by Toque & Dagger Publishing. 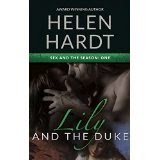 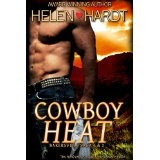 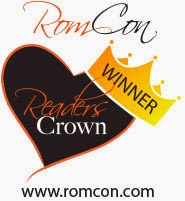 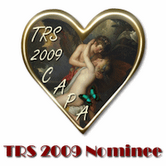